The Process of Deer Antlers

Did you know that white-tailed deer (Odocoileus virginianus) antlers are one of the fastest growing tissues known to man? For instance, human fingernails grow between 1 to 10 centimeters a year whereas white-tailed antlers grow several centimeters each day during the growing stage! Unlike human fingernails, deer antlers are composed of veins, arteries, vessels, and cartilaginous tissue. Many hunters believe that the bigger the rack the older the buck. Yet, the inspection of teeth is the only accurate indication of a deer’s age. The greatest antler size within a buck’s life is from age five to seven. Factors sure as age, genetics, and nutrition of the buck determines the magnitude of antler size. Keep reading below to learn how antlers grow and change throughout the year! 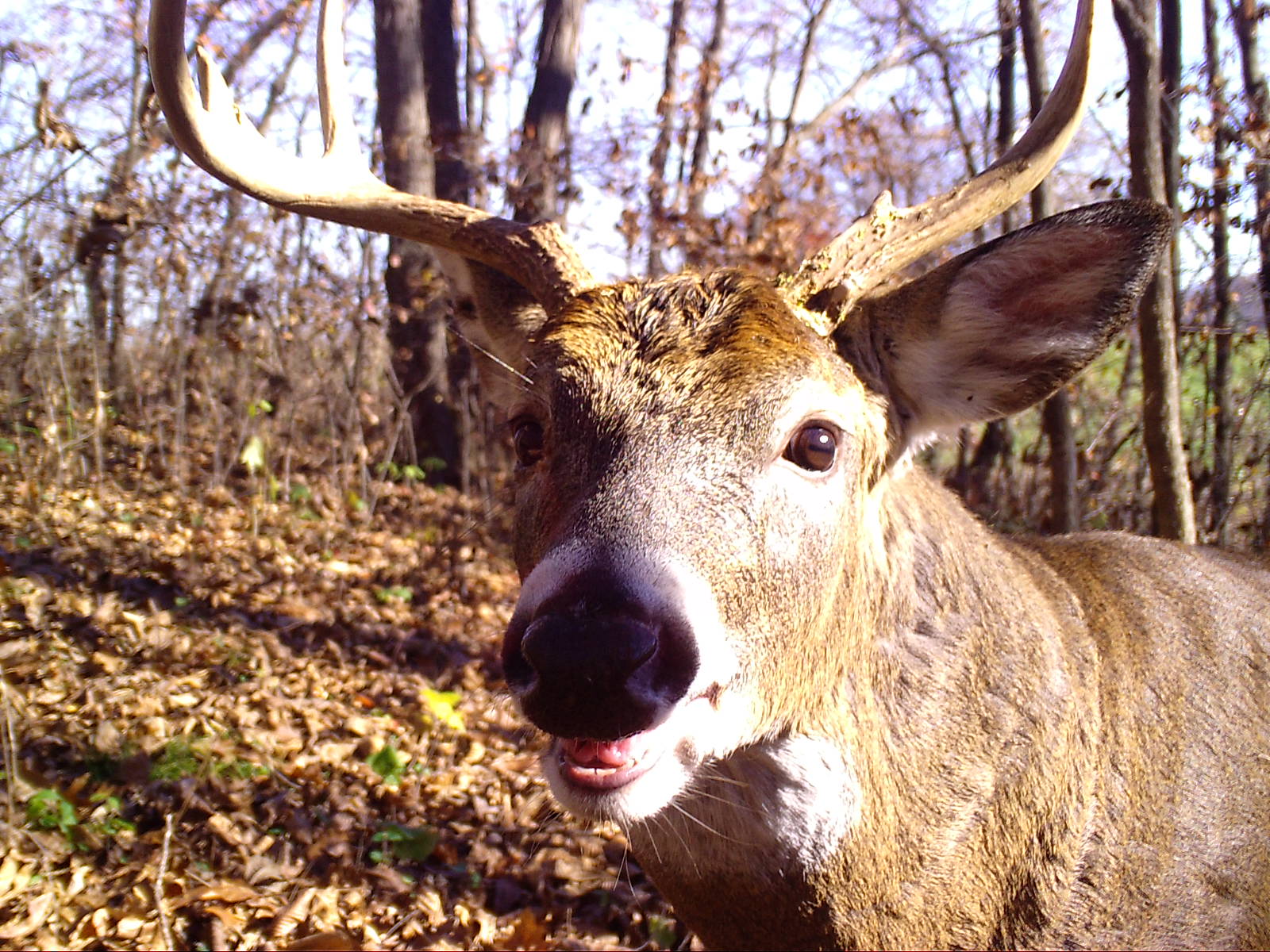 To create antlers in early spring, minerals in the ribs and shoulders of the buck are redistributed in his body. Velvet (pubescent skin) covers the antler and provides nutrients through the flow of blood. These nutrients cause antler growth. During the velvet stage, the antlers are very sensitive. Any impact will be painful and could, due to the fragile state, cause breakage. Nevertheless, this sensitivity allows the buck to comprehend the size of its antlers and, eventually, the buck will move through the forest with ease.

By late summer, the antlers are fully grown. Blood flow becomes constricted, causing gradual hardening and calcification. The velvet dies off in response and, like a sunburnt human, the buck becomes annoyed and wants to peel the excess skin off. The buck rubs his antlers on trees to rid himself of the velvet, exposing glabrous antlers. This rubbing strengthens the buck’s neck, which will come in handy during the rut where the buck will compete with other bucks’ antlered attacks.

Due to reduced sunlight and testosterone, white-tailed bucks’ antlers fall off around January and February. Their body absorbs the calcium between the antler and pedicle, which weakens the antler, causing it to eventually fall off. If you’re looking for a hobby this time of year, check out shed hunting! Shed hunting is the pastime of searching for antlers that have been naturally shed by antlered bearing mammals. Another great hobby for this time of year is checking out the trail camera photos captured by the Snapshot Wisconsin project! Start viewing and classify photos today!

I am a research technician for Snapshot Wisconsin.
View all posts by findthewolverine »
« Previous post
Next post »