Because Snapshot Wisconsin trail cameras put a time and date stamp on each photo, we are able to capture the diurnal (daytime), nocturnal (nighttime), and crepuscular (active early and late in the day) behavioral patterns of different species. The graphs below show daily activity patterns using the 24-hour clock for three categories of animals captured on Snapshot Wisconsin trail cameras in Iowa and Sawyer Counties from June 1 – September 7, 2016.

Bears were most active during the day and used the midday hours more than any of the other large mammals, while coyotes and deer showed the strongest crepuscular behaviors: 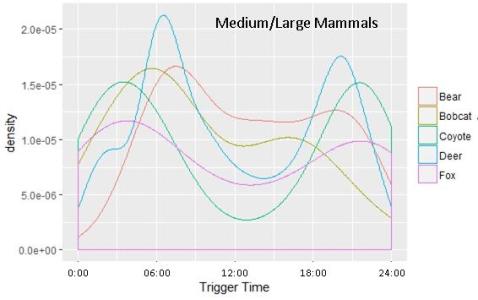 Porcupines were most active in the early morning hours before sunrise. Mustelids were uniquely active during a short portion of the early daytime hours:

Grouse activity was fairly steady through the day while turkey activity increased as the day progressed: 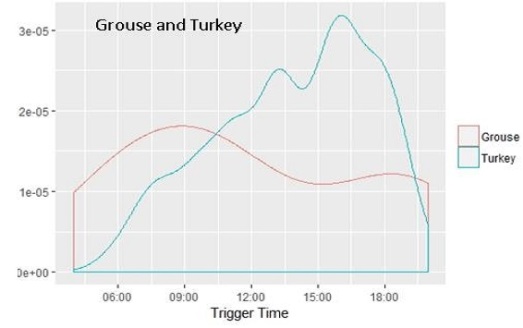 Food for thought: why might it be beneficial for animals to be more active during certain times of the day and not others?